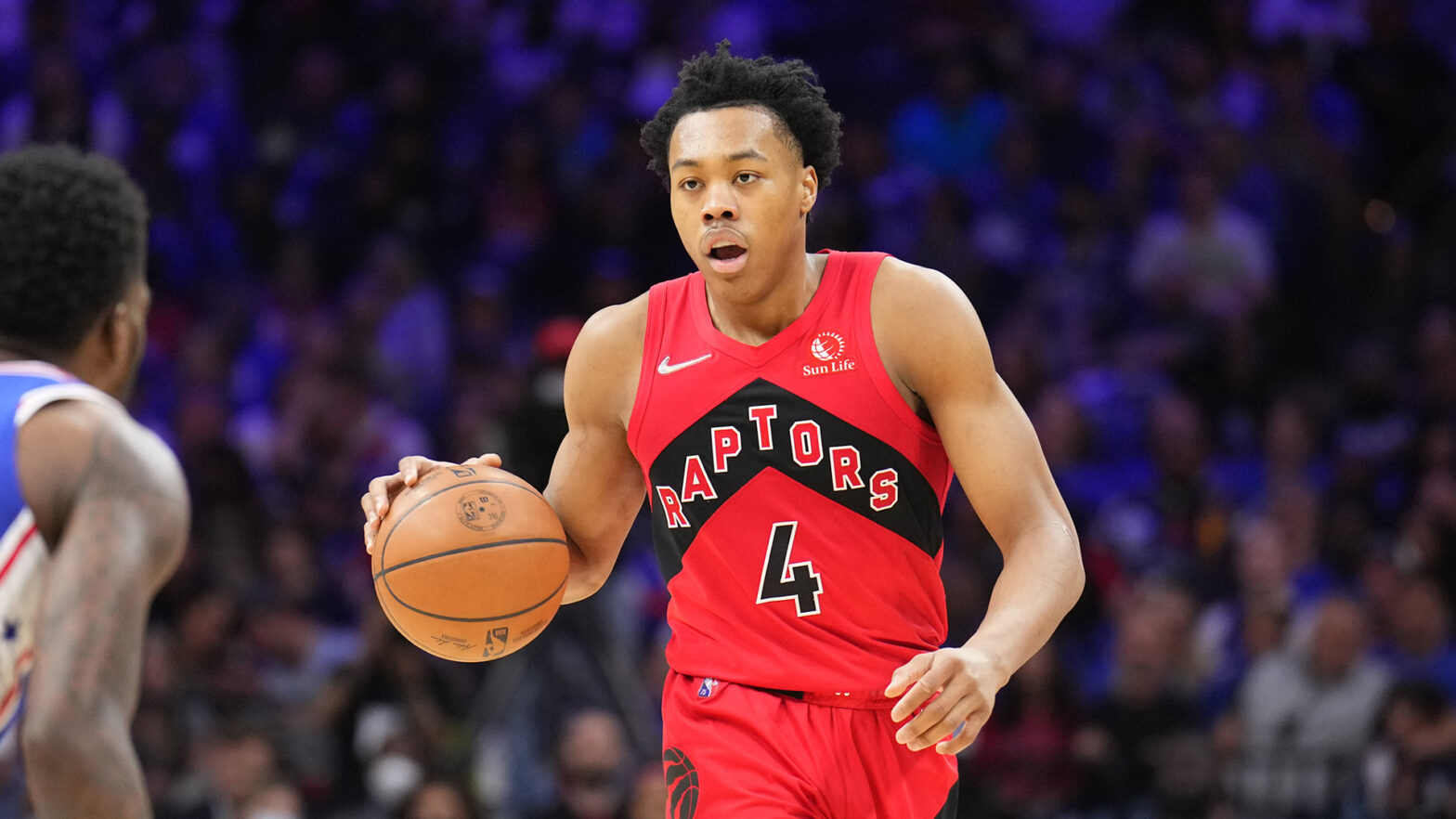 Speculation has been around the Raptors for a while now on if they are still “lurking,” who they would give up and who they wouldn’t, and different things like that. Pretty much looking at the odds, even with the Suns in the lead to land Kevin Durant, Toronto is a team that has serious interest with the best trade package to do so – in theory.

However, things may get complicating for the Raptors as they do not want to move off of one piece. This piece was a huge piece to be considered into the Kevin Durant trade, that piece? It would be Scottie Barnes. Barnes has been recognized as the upcoming future for the Raptors, a player that is going to make an impact for this team.

The two-way star is projected to do big things in this NBA, and he is only in his second season. In his first season, Barnes won the Rookie of the Year Award. Plus, there has always been doubt to whether or not we would see the Raptors give up that much for Kevin Durant. Despite him being a legend, teams have to be smart in not gutting their entire roster and future just to obtain one player – no matter how good he is.

Many ESPN experts, like Windhorst Lowe, were speculating on this too. Lowe was uncertain, while Windhorst didn’t believe he was going to be included in the trade. Toronto will still be in the running, but, as things stand currently, we will see Phoenix in the lead to most likely land Kevin Durant.