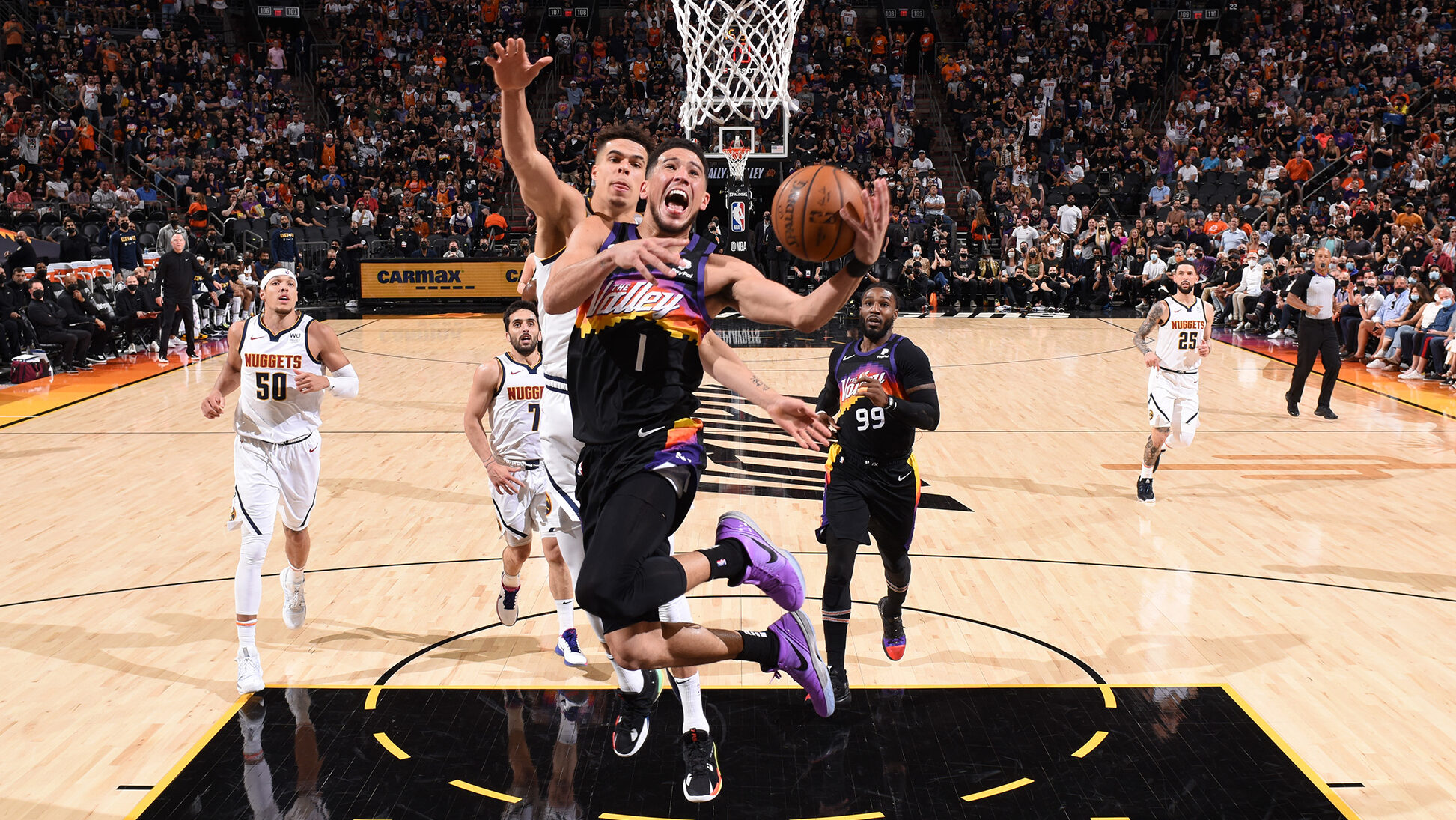 The following article is designed to be an opinion/rant piece. If you are not a Suns’ fan or Grizzlies’ fan, then I suggest you all leave. Thank you, have a fantastic day.

This is the honest to gosh truth, and it isn’t because I am a Suns’ fan and I got extreme bias towards them. But something has to be said about the Christmas Day game for the Suns and the Grizzlies.

First, let me say this: nobody is going to be excited to watch Suns, Nuggets and Grizzlies, Warriors. This is just not an exciting matchup and I kind of wished schedules got flipped, but what do I mean by that?

The Grizzlies are taking on the Suns tonight as that is going to be an exciting matchup with it being highlighted by Devin Booker and Ja Morant – those two athletically and skillfully gifted players. Like that game as a whole is going to be spectacular to watch, from beginning to end.

The NBA is going to get better ratings off of this matchup, how so? You are able to market two individual players for this ultimate dual, both teams are very compelling to watch, and people are connecting to them as well. Plus, there are no underdogs. Both teams are evenly matched and it can be a shootout for the ages.

Nikola Jokic against Devin Booker can’t be marketed well, even after battling it out in the postseason. I would have rather seen a playoff rematch, and series continuing, game between the Suns and the Pelicans.

There is actually a story behind these games

Nuggets, Suns have limited story-telling within their rivalry (I guess you can call it that). But the Pelicans, Suns most definitely have a story that is intense, has a lot on the line, and eye-grabbing to say the least. Same can go for the Grizzlies and the Suns. Two teams battling from the bottom, finally on top, and now having two franchise players duke it out in an epic showdown.

Christmas games are suppose to be games that have meaning and a story behind it. Suns against the Nuggets aren’t that, same can go for the Grizzlies against the Warriors. Understand that Christmas is the biggest time of year for the NBA, regular season only, and they need to capitalize on it.

The Suns finish Christmas Day and their game against the Nuggets is very underwhelming and has no meaning to local and national fans of the NBA. I don’t mean to be this critical, but what in the holy heck were these people thinking of putting the Nuggets-Suns on Christmas Day instead of Suns-Grizzlies?

Christmas in general is full of passion, excitement, entertainment, etc. NBA’s games should model that and try to amplify that greatly. However, they have failed to finish off Christmas Day with a banger. It isn’t that appealing when comparing to Friday’s game of Suns versus Grizzlies.

Looking at injuries and current situations, Warriors-Grizzlies is going to be a snooze-fest

No Stephen Curry and a very mediocre Warriors’ team is going to lead to not many fans enjoying themselves and actually giving a darn about this game. The Grizzlies are massively entertaining, but the Warriors aren’t – sadly, at this time.

Injuries and current levels of play is deaerating the Warriors and how many people will actually tune into that particular game.

Plus, and let’s be honest, who wants to see a really bad Play Thompson versus an excellent Ja Morant? I predict this game is going to end in a blowout or be very boring from both sides that will make people vomit.

Just currently situations are killing some of these games and the Warriors-Grizzlies game is no exception. I’m just saying the truth no matter who it hurts.

So what am I trying to say here?

You have to capitalize on Christmas Day, especially when the NFL has many bad games. I get that more people will likely tune into football, but the NBA has to capitalize and promote these games (specifically interesting games) to get more viewers.

That is why I am against the Suns-Nuggets game on Christmas Day; while I want that game to be a very entertaining one, there is no doubt in my mind that Suns-Grizzlies is the better game with better entertainment.

Same goes for the Grizzlies. Nobody wants to watch their team, or Grizzlies, beat a handicapped Warriors’ team that is down bad. Also, that game just isn’t interesting as a whole. But I guess they are going off of their last postseason meeting where the Warriors got the upper hand in that exciting series.

Honestly, I just want good games but I obviously believe that the NBA got it all WRONG when it came to the Suns’ Christmas schedule and what it could have been against the Grizzlies. It wouldn’t have complicated anything by having Grizzlies-Suns on Christmas Day, nothing would have been wrong.

With that being said, my rant/opinion is over. Thanks for reading, I’ll probably have more. But you all better pray that the Nuggets-Suns game is actually good and better than the Grizzlies-Suns game tonight.

Anyways, Happy Holidays to everyone. Remember the games will be on ESPN.