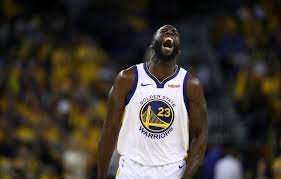 After witnessing the first-ever Marvel-themed NBA game it was really interesting; something really exciting and new. I personally enjoyed it because they had all the graphics like the “Hulk Smash,” different symbols of superheroes, the amazing scoreboard, having Iron Man in the crowd, etc. I thought the NBA and Marvel did a great job capitalizing on the opportunity. A great cross-over.

Also, they had an interview with the new Captain America. The great character just hates the fact that there is a new character of Captain America… with wings…. and not Chris Evans. Sorry, just a guy that likes the originals especially with him. However, The Falcon and The Winter Solider got huge reviews so props to you. If there is a Captain America 4 I am watching for sure, the first week that it is out I will watch it.

With all that being said, let us get back to the topic at hand. What would that be? That would be the fact that Green is creating history by winning the first-ever ‘Arena of Heroes’ award; he is the first crowned champion as he beat out the likes of Curry, Williamson, Ball, and many other notable names. Six competitors were selected and one rose up and took it, that would be Draymond Green.

Green was able to win the award plus rack up 10/15/13 stats, which gave him the triple-double. Something special to add to his ‘heroic’ night.

Here is the scoring breakdown of Draymond Green:

How are hero points calculated?

How to get positive points is by achieving points, assists, steals, rebounds, and blocks. However, to get negative points that would be from missed field goals, missed free throws, and turnovers.

Would you guys be interested if they did another game like this? Would you pay money to see a game like this? As a whole did you love it or hate it? Let us know down in the comments below as we would love to start a conversation.

WOW! The MCU Universe is unloading on the NBA and this is the ULTIMATE super-team; not even the likes of the Nets or Lakers could defeat this team made up of superheroes. You gotta read this one: https://courtsideheat.com/our-take-on-nba-incorporating-the-mcu-universe-into-the-game/

Dennis Schroder out for even more time due to COVID!
Nate Bjorkgren’s future with the Pacers in DOUBT due to HATRED relationships!