Kevin Durant down and out second quarter with an interesting injury! 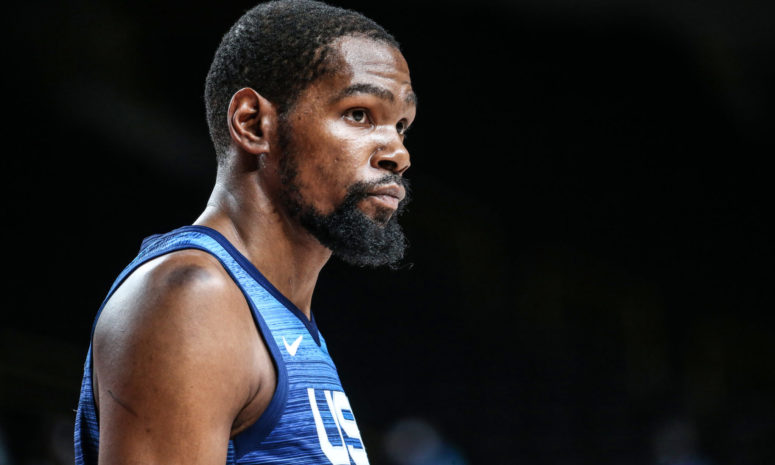 Kevin Durant down and out second quarter with an interesting injury!

Kevin Durant down and out second quarter with an interesting injury! I do not want to point out the obvious, but… I am going to do just that. As the Nets are slowly dying, however, they find the right players at the right time. Like the paring of Patty Mills and James Harden, and then some other pairings such as the fresh Kyrie Irving and the other two Big 3 players.

From Kyrie to Aldridge, these Nets’ players are just getting stung by the injury plague. Durant, again, is getting poisoned as he left the second quarter of tonight’s game against the Pelicans with a knee injury. It is a left knee strain that will have further testing done through an MRI soon.

Good news for the Nets, during the Pelicans game when he checked out it was announced by Brooklyn’s social media team; but what makes this good news? When it came out the Nets were steamrolling past the Pelicans 69-41. Talk about dominance – faith instilled in the coaches by the other players of Brooklyn.

Durant, before leaving the game, had 12 points and 3 rebounds. Let’s hope this is nothing big in the recovery time table as if it is… then be prepared New York.

Hey, while you are here… check this out!

Bam Adebayo BACK after missing six weeks with nagging injuries!
Kevin Durant HURT again as he is out for 4-6 weeks!