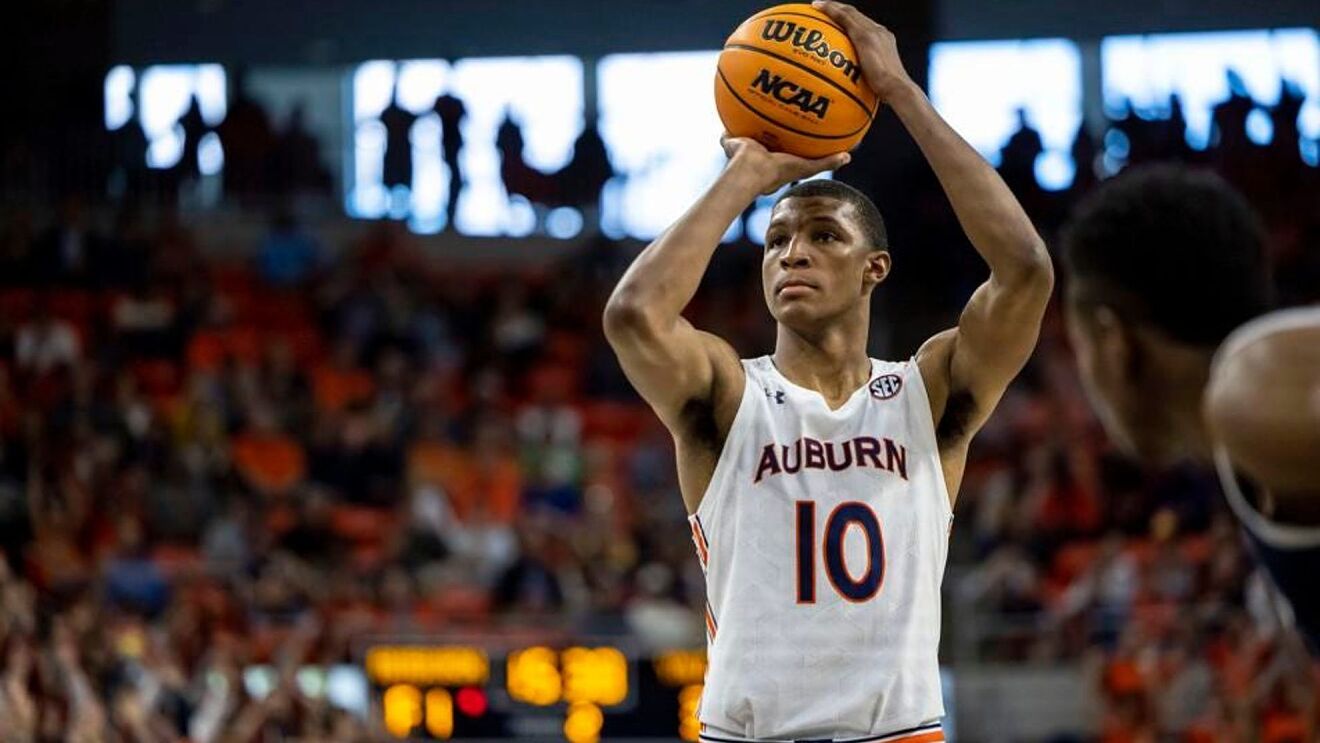 In today’s article, we will not be exploring what team should draft them. Instead, I am going to reveal to you guys the pros and cons of the top five players in this year’s NBA Draft Class. This needs to be done as this is going to be a summarized review for each player highlighting their best strength and their worst weakness.

This list will include Holmgren, Smith, and Banchero. After giving them their pros and cons, I will tell you where they should be drafted at, I won’t go too in-depth on that. However, if you guys do want to know that then check this out:

Now, with that being said, let’s begin!

In one season with Auburn, he was able to shoot 42% from deep. In my personal opinion, Smith is arguably the best three-point shooter in this 2022 Draft Class. He can shoot threes off the dribble or in catch-and-shoot situations; when he has the ball in his hands, he is lethal.

He uses his size, his weight, and his physicality to his advantage. Something that has been noted during these scouting reports, mock drafts, etc, is that he has great perimeter defense. It shows, it really does. The number one thing to point out is his lateral quickness, his speed is able to make it tough for dribblers to get around him. Doesn’t matter if his opponent is faster, bigger, stronger, nothing matters as he can shut them down with ease.

His height also makes it more difficult to make shots, especially when driving. Your team can have the best shot-creator and scorer, does not matter. Smith takes great joy and hard work into stopping his opponent at any costs and that is why he is going to go in the top 2 without question.

His gifted skills and ever-growing talents are giving him all the benefits in the world to be the best perimeter defender that the league has since from a guy his size, his wingspan, his weight, and even his athleticism.

He struggles with this as finishing is not one of his strong suits – at least consistently. That has been one of the bigger red flags in his game, not being able to finish (for a player his size) is concerning and not the best. Only 12 percent of his shots are at the rim, very underwhelming when looking at his game as a whole.

His size and physicality should easily allow him to get 10+ points in the paint; but he settles for the mid-range shots, if he decides to go past the arc. He isn’t the best dribbler as his moves are the same and can become predictable to NBA teams, NBA defenders. This will lead to be shot creation and having a harder time scoring and being effective for his team.

You cannot go 4.6 points in the paint per 40 minutes, that is very concerning and not good. Something teams need to pay attention to and correct, if they draft Jabari Smith.

No one is going to consider him the next Nikola Jokic, how so? Well, he only averages two assists per game and he does not show the tendency to pass when he gets trapped by a defender. Many times did we see Smith force a bad shot, instead of passing, when the defender was all over him.

But, he does need to make better decisions when passing the ball and when to give it up. In the NBA, you can’t do that. NBA defenders, like Patrick Beverly and Rudy Gobert, would eat that up and he would probably get blocked by another forward or center (someone of his height). Biggest thing for him is to make smarter choices, have better court awareness and vision, and not to force shots when you can make a better shot somewhere else.

Where Jabari Smith could be drafted at:

You want to talk about an absolute defender in the paint, then talk about Chet Holmgren. He is by far the best shot-blocker this 2022 NBA Draft Class have seen yet; Holmgren uses his height and wingspan to his advantage. While he is physically challenged, he works even harder to create contested shots, forced shots, and ultimately getting those blocks.

Shot blocking is so good, and natural, for Holmgren that he tied Brandon Clarke for the most blocks in a season in Gonzaga history with 117 of them. That’s 117 blocked shots. Do you know how significant that is? Absolutely amazing and that is a beast of a player you want to have working for you in the paint. He isn’t afraid of contact, willing to get physical, and willing to secure that rebound/block.

While he has a great touch around the basket, we cannot undermine the fact that his 3-point shooting game is elite. Just like Jabari Smith Jr., Chet Holmgren has adapted his game to fit the style of today’s NBA. He has proven that by shooting 39% on 105 attempts from deep.

He has been crafty shooting the three after dribbling then pulling up, catching the ball while transitioning, and then directly out of the pick-and-pop. Very crafty three-point shooter as he is NBA-ready from deep.

This is the biggest issue, or weakness, for Chet Holmgren. The guy is a stick and that won’t fly in the NBA, how so? Well, he has been backed down before in the paint by bigger opponents. Imagine what happens when he has to go up against Joel Embiid, LeBron James, Jonas Valančiūnas, or any other center or primary big-man… he will get DESTROYED.

This is going to be the biggest thing that will hurt him the most, but he doesn’t mind a challenge with some physicality.

Where Chet Holmgren could be drafted at:

He can create any shot that he wants when he pleases. His smoothness and craftiness is something teams look in for a player of his height, weight, position, etc. His outstanding juke moves, mainly the spin move, allows for him to get past defenders (make them silly) and score for the easy bucket. He is a master of taking advantage of the mismatches, that is without question. Teams want that type of attribute connected to the offensive game of a player.

Scouters, journalists, and even fans are commenting that he could definitely be the next great power forward we have seen in a while. Especially when it comes to playmaking, his court awareness is truly special. He makes all the right reads, has terrific vision, and his passes are sharp and crisp. Teams want a player like that as he can do things that power forwards can’t really do, at least not the good ones. He can be one of the great power forwards out there that can compare to guys like Juwan Howard or even Julius Randle.

Paolo Banchero is not a weak defender, but he is not the best defender out there. His defensive presence will not scare anyone and will try to stop them as they come at him. He could become become a liability on defense in the perimeter or during the pick-and-roll; sadly, that is one of the biggest things he needs to fix.

Where could Paolo Banchero be drafted at:

These are the pros and cons for the top three players of the NBA Draft. It will be interesting where they end up at, for more on that follow us on Twitter (@CourtSideHeat) for pick-by-pick analysis and updates.