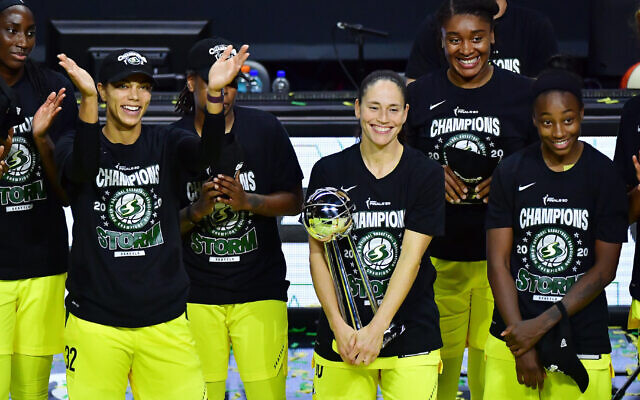 The Seattle Storm legend, Sue Bird, could be retiring after this season. Entering her 19th season with Storm, she wants to win a championship and wants to leave Seattle on good, proud, terms.

That is why the 41-year-old is taking a pay-cut, because money is not everything to her – winning championships is.

“To me, winning championships and being a part of teams that go on that journey, that’s everything,” Bird said Tuesday. “That’s why I play. That’s the motivator always. Nothing really matters outside of that. While money is amazing and of course we all want to be in a workplace that rewards you in those ways, I find that winning there are going to be other rewards — some monetary, some otherwise.

“I’d rather be on a team that has a chance to win if it means that the money has to get spread in a different way. That was really the motivation behind going to the franchise and having conversations around what my salary was going to be because that was the priority.”

Taking a pay-cut means she is going on all-in on what could be her final season in the WNBA; imagine one of the greats leaving the game for good, can’t imagine that right now. But imagine if she wins the championship and leaves on amazing terms (her terms)?

That is going to be something to keep an eye out as Seattle has good chances of making it interesting; never say never as crazier things have happened in the basketball world.

Chicago Sky is signing Emma Meesseman!
A girl has been drafted in the NBA… no really