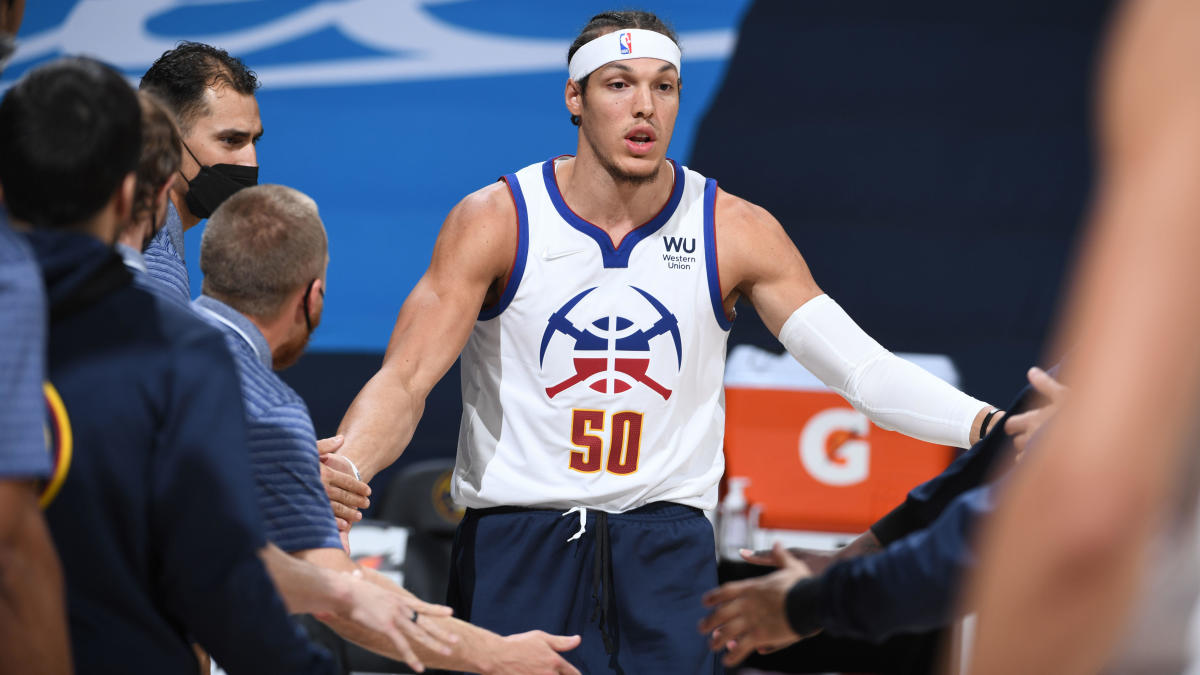 Aaron Gordon signs HUGE contract extension with the Nuggets! As people would say, “the bag has been secured!” Indeed it has as Gordon is resigning with the Denver Nuggets on a four-year, $92 million dollar contract extension. Big payday for the 26-year-old, why? Because he was traded from the Magic to the Nuggets in the middle of the season, just hours before the end of the trade deadline.

The team liked what they saw in him during his stint in Orlando, then what he provided in the short season with the Nuggets before the postseason. Gordon had some good moments in the playoffs and showed that there is value to his name; that he is more than just dunk contests and Dwayne Wade rigging everything.

Plus, they could not give up on him after giving up a rookie, a draft pick, and another player that is a veteran to the game of basketball. The trend is continuing for this Denver organization as they gave the huge money to Murray, Jokic, looking out for MPJ, and now Gordon.

Aaron Gordon will be participating in this eighth season in his career, dating back to being the fourth overall pick in the 2014 Draft.

LaMarcus Aldridge coming out of retirement to rejoin the Nets!
Patrick Williams to miss the start of the regular season!