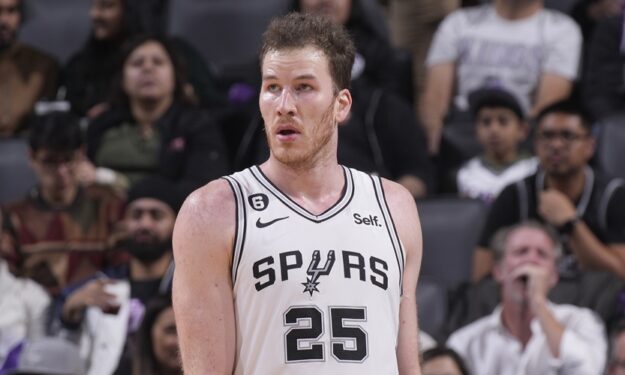 While San Antonio are reportedly listening to offers concerning their prized big-man, they want a big return in exchange for Poeltl. That return being what? Two first-rounders, similar to Derrick White’s value until they settled for one first-rounder and a top-one protected swap rights in a future draft.

The Spurs aren’t in a position right now where they feel the need to trade him, however, if the right offer comes along then they will most definitely take a look at it. To say the least, this needs to be an offer that they simply can’t refuse.

The Boston Celtics and Toronto Raptors are two known teams who currently have their sights on acquiring the 27-year-old. It is being reported that multiple teams want him and those two known teams are just the start of a good-sized list.

While Poeltl can stay loyal to the Spurs, it should be noted that he can earn considerably more in this summer’s free agency than what he can if he stays with San Antonio. Money talks and that could make his choice really easy or really difficult, when considering everything, on if he should leave or not.

But, staying on track, the Spurs are fielding offers and will accept one if they are absolutely blown away.

CourtSideHeat will continue to update this situation involving Poeltl when more details come out.

Check out this podcast episode that details this very situation: