END THE MADATES: Protestors in support of Kyrie Irving! 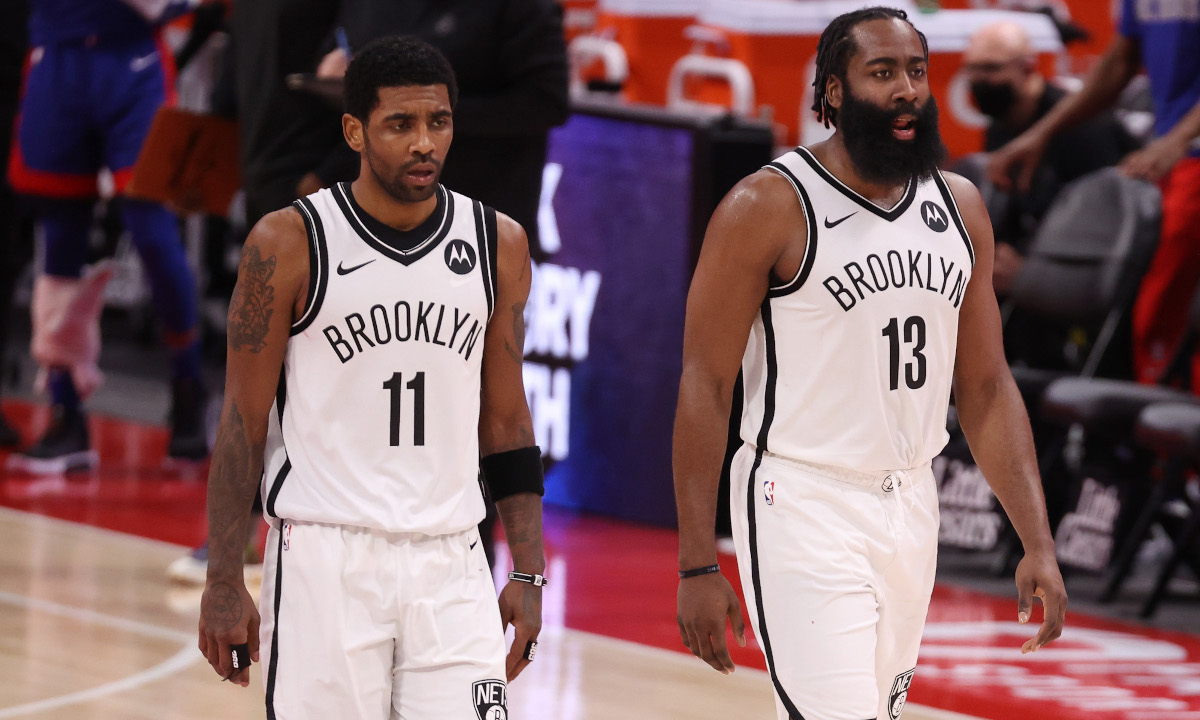 END THE MADATES: Protestors in support of Kyrie Irving!

END THE MADATES: Protestors in support of Kyrie Irving! Even though there is a divide between the NBA/Nets and Kyrie on this vaccine; never count out the fans, the fans have your back. For Kyrie Irving, he is able to have this backing beyond basketball.

If you were waiting and/or inside the Barclay Center Arena for the game, then you probably would have seen a group of protestors. “No vaccine mandate, stand with Kyrie” were just some of the many chants outside the arena before their home opener began.

Are they correct in what they are saying? Yes or no? I’ll let you guys come to your own conclusion on that, however, there were over (if not right at) 100 people in support of the point guard. Talk about having a backing.

Even without Irving playing he is getting support, chants, and everything because of a costly, but noble, stance. Incredible, I wouldn’t be surprised if this happens again. But, for the time being, the “End The Mandate” protestors are here and in full effect.

Chris Paul is the first player in NBA History to reach 20,000 points and 10,000 assists in their career!
RIBBING THE SNUB: Everyone can take a joke!