Police and Jaxson Hayes get in a violent altercation! 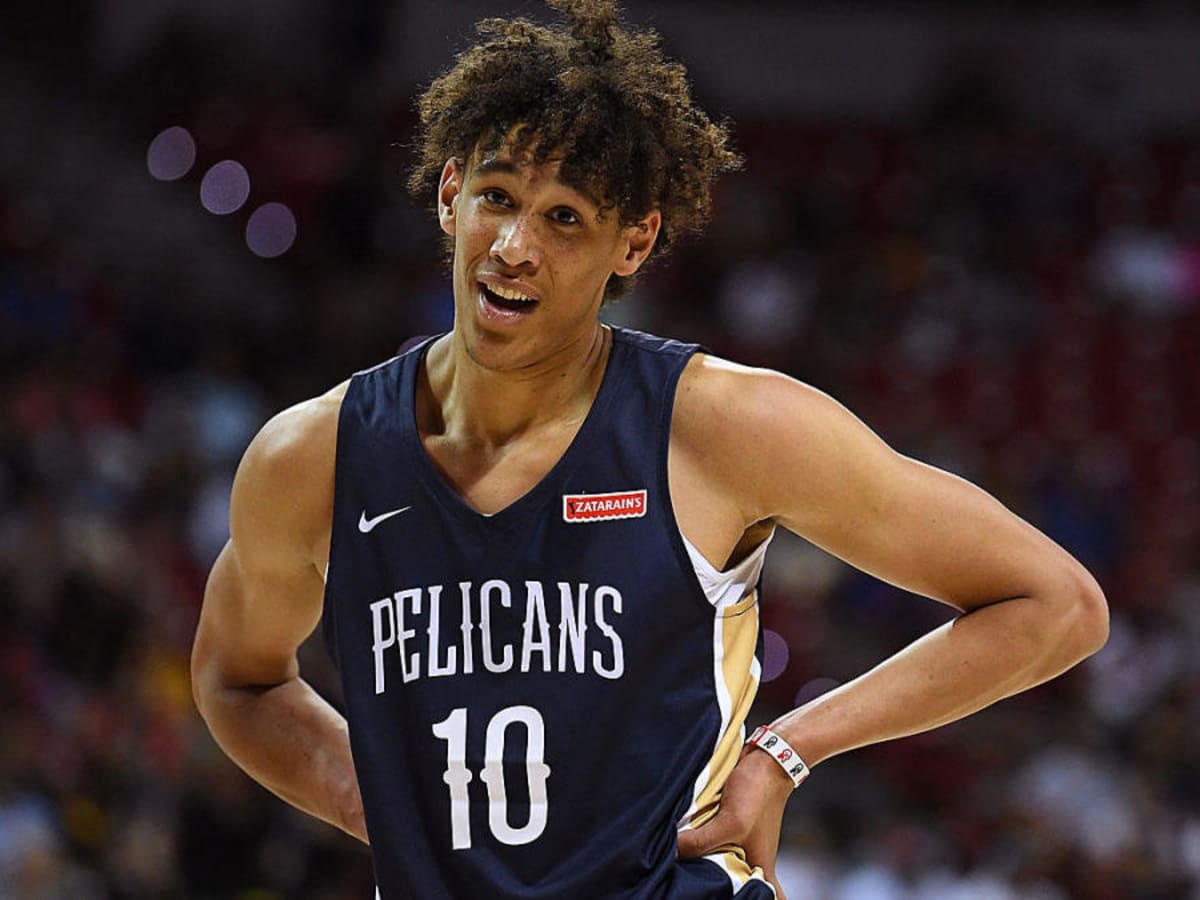 Police and Jaxson Hayes get in a violent altercation!

Police and Jaxson Hayes get in a violent altercation! News has surfaced everywhere from credible sources of TMZ, ESPN, NBA reporters, Yahoo Sports, etc that something serious has gone down. Footage has been released by the Los Angeles Police Department; and to say nothing but violence happened would be an understatement.

How the footage begins is where police are trying to get into the residency of Jaxson Hayes’s girlfriend, why? Because a woman called 911 to report that was claiming she received “disturbing” texts from her cousin who stated Hayes was “getting loud and violent,” then adding that she was “scared and couldn’t call the police herself.”

The entire call for the police was based on domestic disturbances, featuring a man and a woman. Police arrived and Jaxson was very apprehensive about not being allowed to go back into his own home while the police were trying to have an investigation done on the issue that they were called for allegedly.

Body footage was released by LAPD and it is on their YouTube channel, very hard to watch if you are not mature enough to handle those tough visuals. Jaxson Hayes, as seen during the video, did not want the police to go inside the home. What was their purpose? The police claimed to want to go inside to make sure everyone is alright as Hayes looked visibly upset.

As shown in the video, credited by Yahoo Sports and TMZ, Hayes was looking to retreat back inside his home. However, as requested by police, he was not to enter the house until they were done searching. Hayes, again, did not like that.

Hayes is standing close to his doorway, patio, as he is trying to make his way inside; while making that attempt, he shoved a police officer into the wall. The police department later said that the officer crashed into the wall needed medical treatment, injuries are unclear at this time and moment for that wounded officer.

Hayes kept putting up a fight as the police were wrestling him to the ground. They tried reasoning with him but Jaxson Hayes, as used in his own words and body language, wanted to fight and wanted to retreat from custody. That is when it turned violent.

Not wanting to comply led to officers threatening to tase if not resisting arrest on the ground, however, Hayes was tased at least twice. It appeared to be on his side and potentially on the outside of the leg. LAPD was able to handcuff him but problems ensued even further as Hayes was complaining of them to take it easy, why? Because he feared they were going to snap his arm when looking at the footage we cannot make out if they were going to snap his arm or not; however, he was chest down in the concrete when arrested.

After being arrested, he cooperated better with police. However, he was still running his mouth. Using profanity to the highest level and using the N-word multiple times during his arrest.

“I Can’t Breathe” comes out of the mouth of Hayes, police try to use a knee on the back of the neck to restrain him…

Reported by ESPN, a credible source, said during the encounter that a restraining method was used on Hayes. A similar one was used on George Floyd, who was murdered by a cop who placed a knee on the back of his neck for nine minutes, was also used on Hayes.

Hayes was faced down when this restraining method was used, however, there was one difference. After the words “I Can’t Breathe” were uttered from the mouth of Hayes, the police stopped that method. Per ESPN, only lasted a few seconds, appose to being a minute or longer. It was signaled by another officer to quit that act, which the cop did.

“Stop resisting or I’m gonna tase you!” he yells several times as Hayes struggles on the ground. The officer alternates pressing a hand and knee to Hayes’ neck. Hayes’ girlfriend comes out of the home and screams “Stop! Stop! What are you doing?”

“Stop resisting or I’m gonna tase you!” the officer yells as Hayes gasps “I can’t breathe.”

This is just a sample of the not-so-pleasant encounter between a rebel and police.

Is the girlfriend of Jaxson Hayes to blame for this?

Hayes was asked what had happened before police arrived and he said they had an argument, however, it led to more. “She was throwing some stuff at me.” That is what Hayes was saying, and during/after the arresting of Hayes, she was non-cooperative with police to keep conducting this investigation.

However, during the entire time of the footage being released, you can hear, claiming to be, the cousin and his girlfriend warning him and advising him to stop it by saying, in different variations,  “Jaxson, stop!” They told him to comply with the cops, to comply with the men trying to put him under arrest. It appeared to be, during the footage, that they didn’t want to see their partner/cousin getting injured and/or more in trouble than what he has caused during this altercation.

So, no, at this current time it does not appear that his girlfriend caused his demise. This situation. Because he caused distress to women at three-in-the-morning in L.A., he resisted to comply, choose violence over reasoning (EX: pushing cop into the wall while wanting to flee), and the word choices he used to convey his thoughts to the police.

Jaxson Hayes caused disturbances early in the morning in a protected neighborhood, caused a woman (or maybe more depending on the facts of the case) to feel stressed out, attacked an officer, failed to comply, not letting them conduct their investigation, and things along those lines. Very intense as this entire encounter shows the complete arresting of Hayes, unless parts were taken out of original, then I apologize as I did not know.

This police department wants Hayes suspended from the NBA for unwanted conduct against an officer and things like that. This case is not going away anytime soon and we should be receiving another update in the near future. That is my opinion, not solid but just an opinion.

We are not going to list this video below because this is a mature video that shows blood, uncomfortable violence, swearing, should-not-be-repeated language, and different things like that. When I watched the video, I couldn’t watch the entire video because of how disturbing the language was and what the video was showing. If you are an emotional person and can’t stand watching these types of videos or they make you respond a certain way, then I highly recommend against it.

However, you can read all about it here, ESPN, Yahoo Sports, Los Angeles Times, just look up LAPD and you will find the video. Pretty much anywhere when searching about Hayes. But by all means, nothing is stopping you from watching the video. But wanted to give discretion to these types of videos.