Rajon Rondo reuniting with the Lakers could be happening! 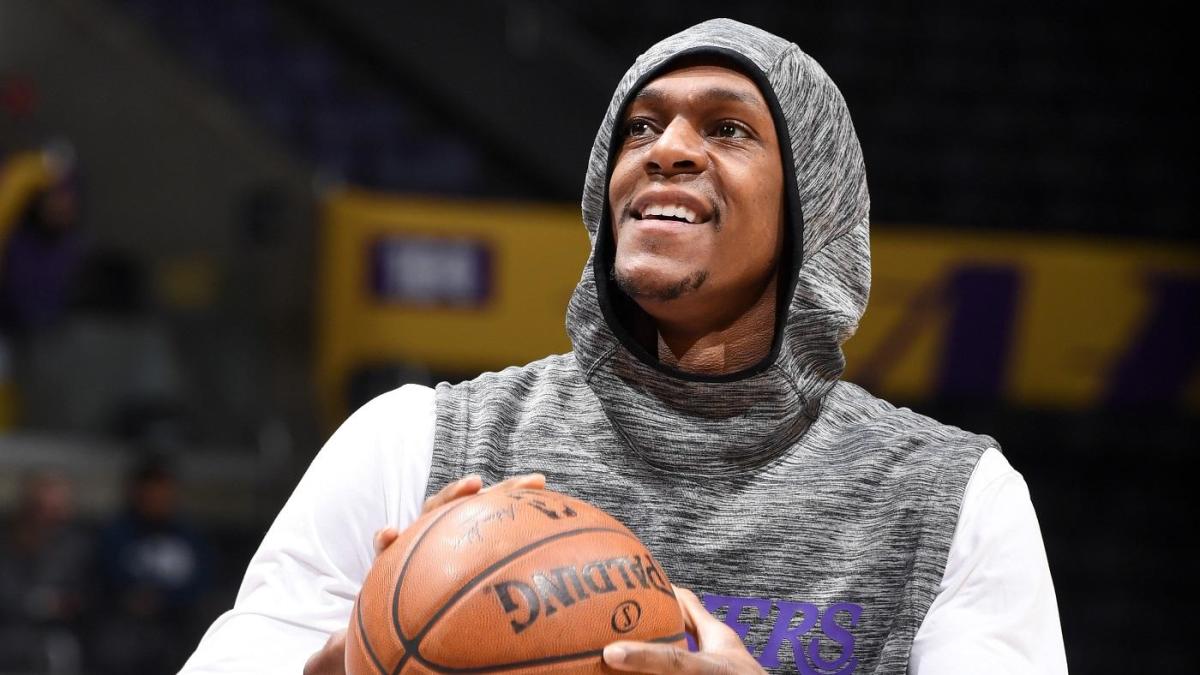 Rajon Rondo reuniting with the Lakers could be happening!

Rajon Rondo reuniting with the Lakers could be happening! After the trade that sent Rondo to Memphis, there were questions of the future. With the Grizzlies or not. Yesterday it was announced that a contract buyout happened and the veteran is now a free agent.

But it has been predetermined where he is going to end up, The Purple and Gold. That is where he is most likely going to sign, per sources of ESPN, as he intends to do that after clearing waivers. That would happen this Monday, August 30th.

Rondo would be the fifth player who is returning to the Los Angeles Lakers, should we be surprised? No, not really. Why? Due to the fact that these guys want to win a ring and the Lakers are going all out in getting guys to fit their roster – or at least stuff the depth charts enough to make it appear that way.

The Lakers have three roster spots open and Rondo would take one of the last ones; the former Clipper, Celtic would take a veteran’s minimum contract to play for the LakeShow.

The man averaged 5 points and 4 assists with the Hawks and Clippers this past season.

Police and Jaxson Hayes get in a violent altercation!
LaMarcus Aldridge coming out of retirement to rejoin the Nets!