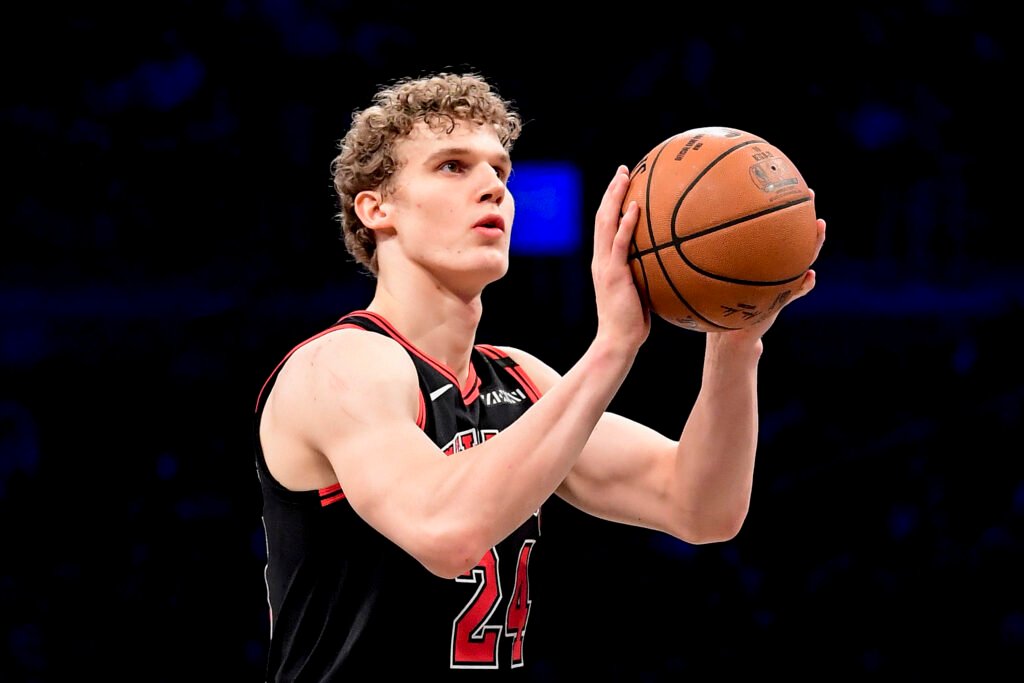 Three-way trade featuring Lauri Markkanen! Markkanen finally got his wish as he is out of Chicago and into his new home – the Cleveland Cavaliers. This was a sign-and-trade that allowed the big-man to sign a four-year, $67 million dollar extension.

The three-way trade included the Cavaliers, the Bulls, and the Trail Blazers. This deal included players, picks, and money being swapped.

First up, the Cleveland Cavaliers. They gave up Larry Nance Jr to the Blazers and a 2023 second-rounder to the Bulls. Portland ships off Derrick Jones Jr and a lottery-protected 2022 first-rounder to the Chicago franchise.

To make things simpler in this three-way trade, here is a breakdown:

The Bulls in terms of receiving the most assets, how? Earned themselves a new player and two draft picks, one for next years’ draft that is protected. Then it would be the Cavaliers, why? Because they now get to add him into the lineup of Allen, Sexton, Garland (and/or Rubio), and Love.

That is going to be a great addition for this team as they are looking to get back into the playoffs, or at least the Play-In Tournament.

To me, and what we can tell, the real loser of this trade is Portland. How can that be? First of all, they came into this trade giving up more than receiving, all they have a bench player role in Nance. Not being rude against him, but they gave up protected picks and players for him. Still, not bad, for what they want/have to do with him.

Secondly, if understanding the logic correctly, money could have also been a factor in needing another team to complete this trade. Especially for Cleveland since they embarked on another contract, a huge contract at the power forward position. So, basically, the Portland franchise was just a filler. Which is common within some three-way trades.

Here is an updated version of the Cavs’ roster:

What do you guys think?

Do you guys put this into the category of a big move, little move, or medium(ish) move? Because things happened and people are expecting results now; do you guys believe that Markkanen can live up to that hype now he is out of Chicago? Or do you believe that he isn’t what people wanted him to be – or what he should have been?

Let us know what you are thinking by hitting us in the comment section below this article!

Hot waters are being reached as Nerlens Noel is suing Klutch Sports for money loss!
Police and Jaxson Hayes get in a violent altercation!