Tom Thibodeau has won the Coach Of The Year Award! 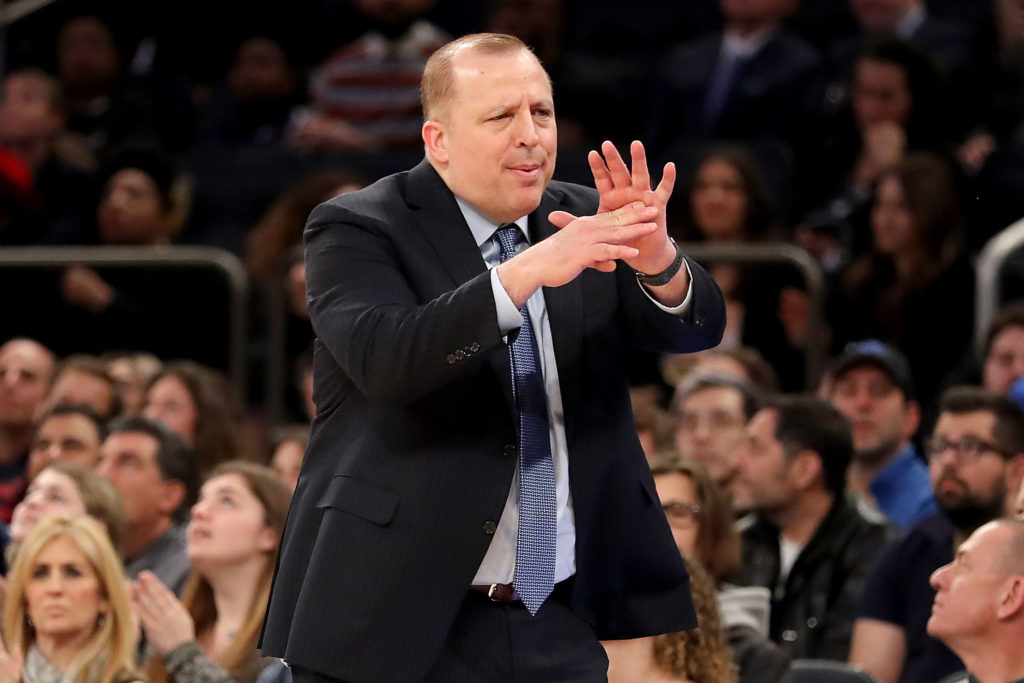 Tom Thibodeau has won the Coach Of The Year Award!

Tom Thibodeau has won the Coach Of The Year Award! The first-year head coach of the New York Knicks is making an impressive name for himself; even though having a career with the Chicago Bulls a decade ago, he is doing it again. Not only did he win this award but he took his team to the playoffs and out of all the teams in the world… it was the Knicks. So, huge congratulations as that is significant. The Knicks are finally relevant again, they have good/key players, and a great HC that knows what he is doing.

The results have been shared within the past 30 minutes and it was a close one as Thibs only beat out Phoenix Sun’s HC, Monty Williams, by 11 votes total. Even though Monty did win the first place votes and was two ahead of Thibs; however, 11 votes sealed the deal for Thibs allowing him to pick up his second COY Award!

Yes, the Knicks are making history (and for the right side of history). As Thibodeau is the first head coach in NBA History to win two Coach Of The Year Awards in his first-year with two of the franchises he coached for. Obviously the Knicks, but his first coaching gig happened with the Chicago Bulls. When surprisingly Derrick Rose won MVP with Thibs; so it is ironic to have both of them on the same team for Thibs to win another award.

Also, this is the third Knick’s head coach to win this award. It was him, Pat Riley in ’93, and then Red Holzman in ’70.

Link to look at the Elite Membership:  https://courtsideheat.com/membership-join/

Also, join now and get your first three days FOR FREE!

Now, if you want to keep up with basketball and can’t listen to their podcast. It’s all covered for you, just go onto social media and click on @CourtSideHeat because they are posting every single day. With. Out. FAIL! Search us now before it is too late; because we are always covering the NBA and always breaking it down. Right here, right now!