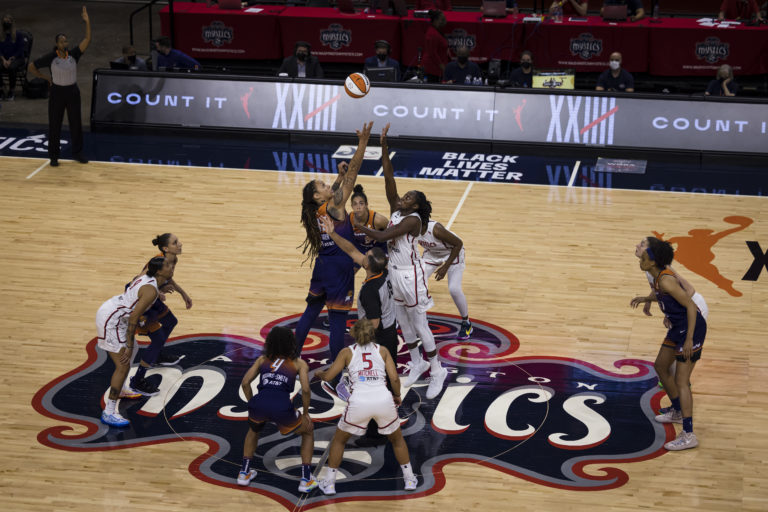 With the WNBA announcing the date of their season, which is May 6th, they have also announced the date of the draft. This draft is kind of special, not only for the players to get their shot at being on a team. But also for fans, how so?

Mainly that it has been two years since there has been an in-person draft. The year 2019 was the last in-person draft that was held by the WNBA. The event will be held at Spring Studios, located in the Tribeca neighborhood of New York City.

Also, April 11th is the date for the WNBA 2022 Draft. That is a Monday as it is starting at 7 P.M. EST and going to 9 P.M. EST. The two-hour is going to be filled with excitement, hopefully, as the Washington Mystics hold the first-overall pick in this year’s draft.

CourtSideHeat will be bringing everyone live coverage of this exciting event.

A girl has been drafted in the NBA… no really
Nia Clouden is opting for the WNBA 2022 Draft!