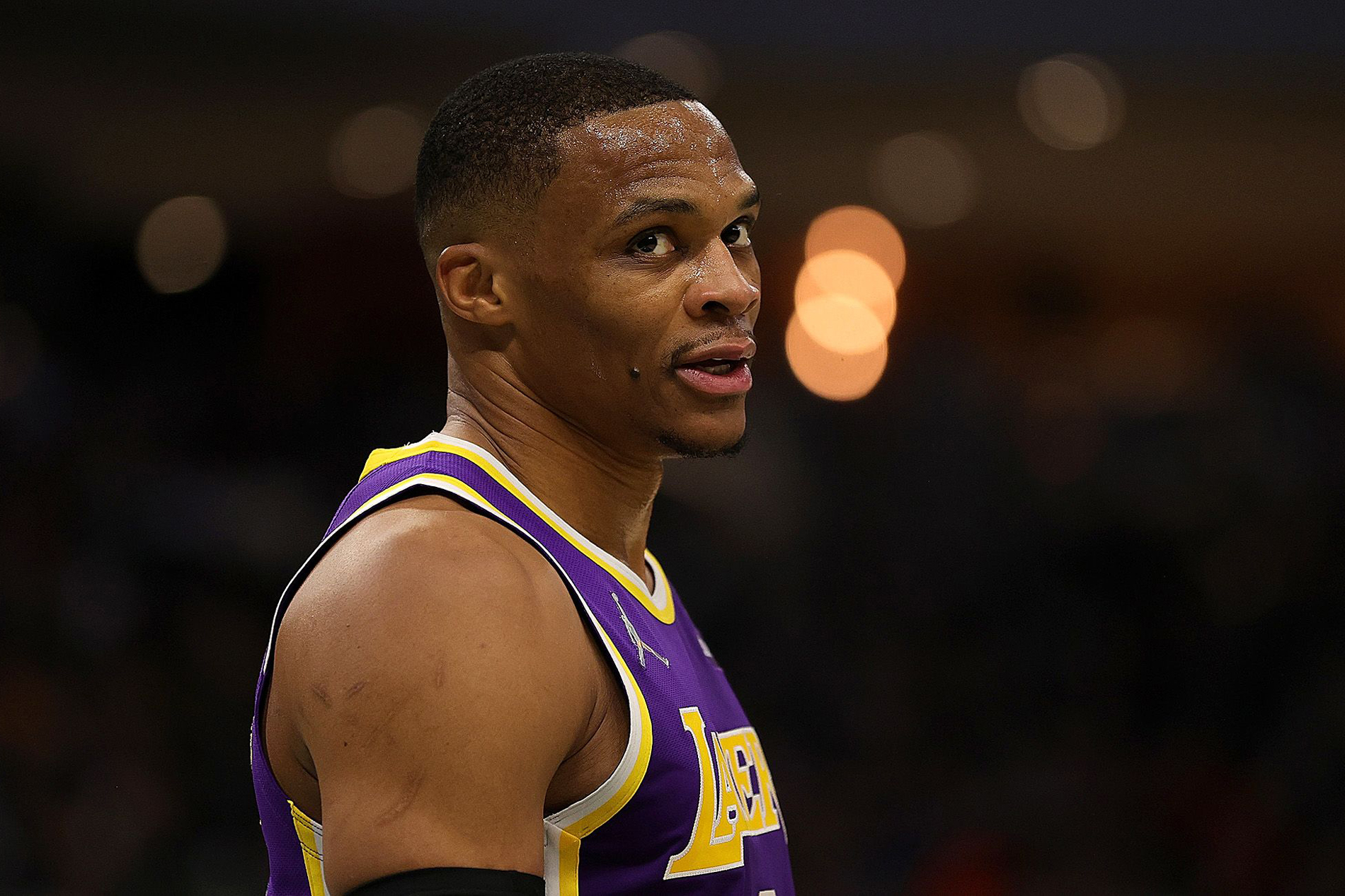 Westbrook has been very shaky for fantasy owners as of late. You can start to mark his fall, so to speak, when his time ended with the Wizards and his time began with the Lakers. Russell Westbrook was not the same player he was back in his primal years featuring the Thunder, and he hasn’t fallen off of his game completely; so where do we put him?

My answer is going to be short, concise, and to the point. I am going to answer this question within the next few paragraphs; so with that being said, let us begin.

Russell Westbrook is a…

In short, the 33-year-old is a fallen player. He isn’t to the point of his career where we can classify him as a bust, but he is definitely falling off. Westbrook is a fallen player that’s value has suffered since joining the Los Angeles Lakers. Mainly last season we can pinpoint his snowball effect collapse. Honestly.

He isn’t a straight bust because he is still averaging good numbers, those numbers? Averaged 18.5 points, 7.4 rebounds, and 7.1 assists. Plus, averaging 44.4% from the field last season. Now, the main season why he has fallen is due to his stats falling off. His productivity is depleting, to say the least, and is making the Lakers and their fanbase more angry and confused as each passing day goes by.

Two seasons ago, when he played with Washington, the man averaged 22.2 points, 11.5 rebounds, and 11.7 assists per game. Since his role has been changing, so has his productivity and what he feels comfortable doing.

Since joining the LakeShow, Westbrook’s value around the NBA and fantasy basketball has gone down tremendously. As the former superstar couldn’t hit his three-pointers or mid-range shots, which (when watching him play) was pretty pathetic. It wasn’t a few, it was reoccurring mistakes that killed him throughout the entire season with the Lakers.

There is another problem with Westbrook:

If the Lakers keep experimenting with Westbrook and make him come off the bench, then guess what? His fantasy points will go down, his productivity will go down, and his effectiveness and usefulness will go down tremendously. Making him almost invisible within Darvin Ham’s new system with the Lakers, which will end poorly for both sides if Westbrook’s act keeps failing.

If Westbrook comes off the bench, then you draft him later. His stats are already proving to us he is on a slippery slope of decline, this season is make-or-break for him. In what way? For fantasy owners, we will determine his value moving forward and if he truly is a bust at this point and time in his career.

If he can shoot, rebound, or pass as well as he used to, then what use does he have? That is why this is a make-or-break season for him, beyond fantasy but in real life.

With all that being said, Westbrook is a fallen player and not (yet) a bust. If he keeps declining, then, yes, he will be a bust. However, for now, the 33-year-old will be a fallen player trying to redeem himself.

In the end, Westbrook is a bench player and should be drafted by the tenth and beyond round. Per CourtSideHeat’s calculated mock draft, I have him at round number eleven. The bench is his new friend and will be in real life and in fantasy.

Use caution if you go through with drafting him. Be smart and know what you are getting yourself into, just remember he is Russell Westbrook and he is a depreciating asset – for lack of a better phrase. Use your discretion wisely, I will be checking in on Westbrook throughout the fantasy season.