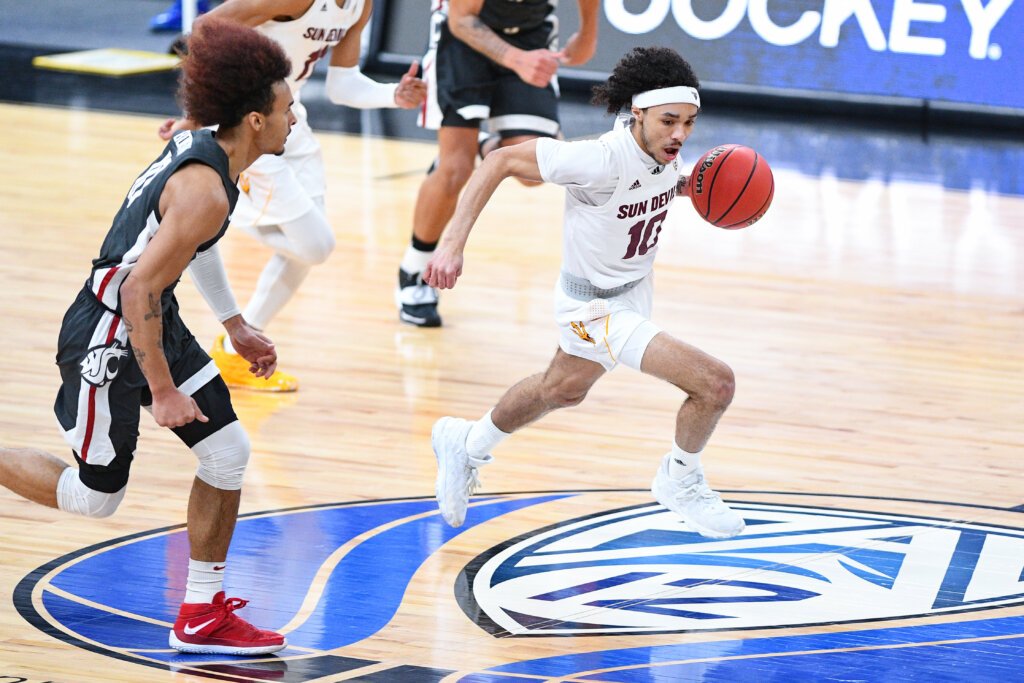 Arizona State losses in a heart-breaking manner! Last night, we saw Arizona State take on Stanford in what was an exciting Pac-12 game to watch. However, it had to be a heart-breaker for either side. Sadly, for Arizona State, they lost in one of the worst ways possible.

Here is the recap:

Stanford was up by 15-points in the second half, however, that soon becoming a depleting number. DJ Horne, Jay Heath, Jalen Graham, and Marreon Jackson all contributed to the comeback. For Stanford, it was Harrison Ingram, Michael O’Connell, and Brandon Angel. Those three men combined for 45 points; plus, Ingram had 10 rebounds all to himself. He had 10 of the 36 rebounds for Stanford – pretty dominant.

When did the large lead finally cap off at?

Silva, for Stanford, made a great layup with five minutes into the second-half. Bad news for Stanford, that lead was shortly lived. How so? Arizona State, led by the four three-pointers of Horne, had a 11-0 run that made it 56-52 with 11:39 to play.

Then the rest was history as that game featured both teams going back and forth, making sure that they are not giving up costly baskets. Or even costly turnovers.

Final minute of the game:

Arizona State’s Marreon Jackson drove the left side of the baseline to then kick it out to DJ Horne to have a clutch corner three. That three-pointer was so wide opening that it couldn’t be missed – but then again the most wide open shots (in clutch situations) are the toughest. He made it to tie it up 74-apiece.

Foul trouble kept getting in the way for Arizona State as Brandon Angel was able to knock down his two free-throws; then Arizona State makes sure they are able to tie it up as Jalen Graham hit the clutch layup to make sure the game is tied 76-76.

Here is the TRUE kicker that ripped out many hearts:

Bobby Hurley, head coach of Arizona State, was appearing to be severely upset with referees after a controversial call that sealed the deal for Stanford. With 1.1 seconds remaining in the game, we saw Angel hit all three of his free-throws for Stanford to give them the win after the Hail Mary attempt by Arizona State did not go in. It wasn’t even close – several feet short.

The call to give them three free-throw chances was interesting as Jalen Graham appeared to go straight up when jumping to block the shot that led to the airball of Angel; until it was pronounced a foul. Barely any contact was seen, however, the referees deemed that enough to be called a foul.

Whether it was or it wasn’t, the tough part remains that Arizona State rallied back and failed to free-throws. Free-throws that could have been prevented through foul control. Arizona State had 28 fouls, that is 12 more than what Stanford had. Something to consider as they got kicked by their own mistakes.

What’s next for Arizona State?

Tomorrow at 9 PM, the Sun Devils will be taking on No. 16 USC Trojans. This will be a Pac-12 matchup.