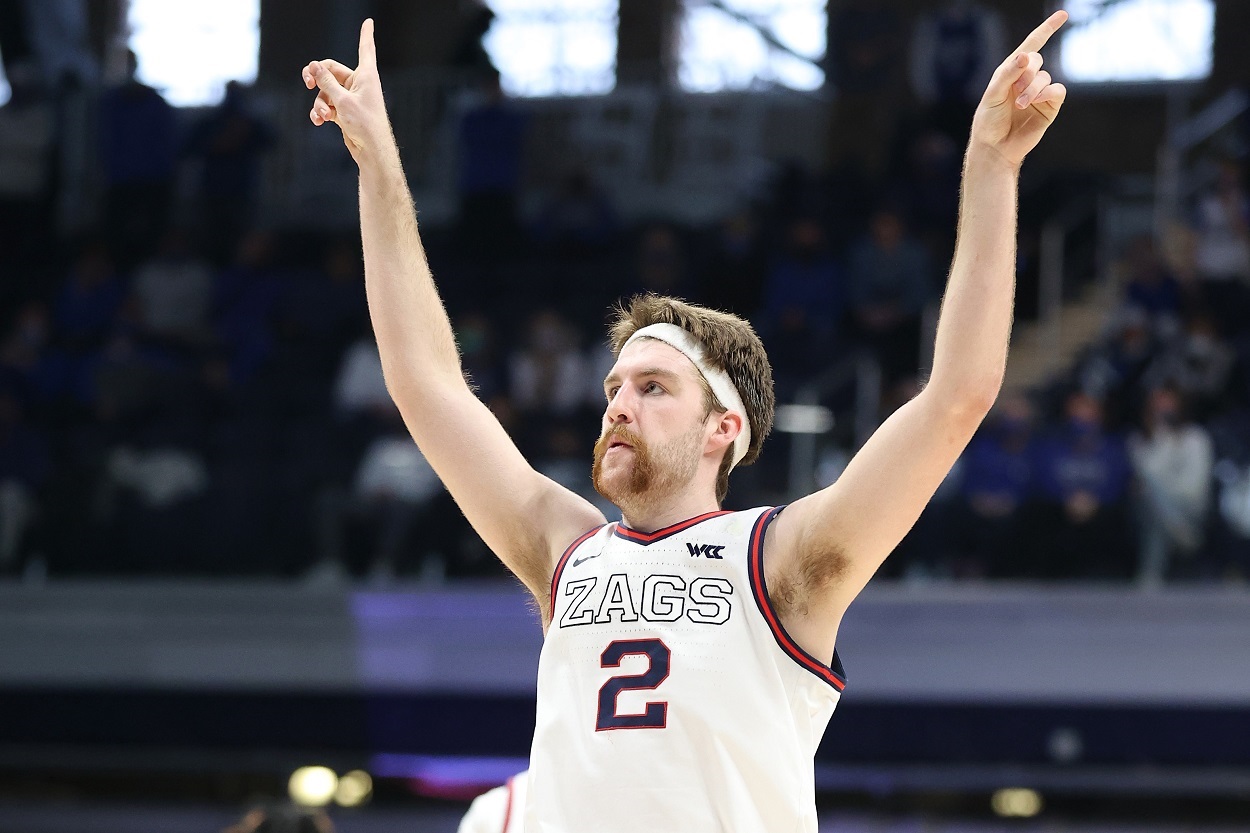 Drew Timme posting new career-highs! The Texas LongHorns got stemmed rolled by the Gonzaga Bulldogs, curiosity of Drew Timme. Timme was 15 of 19 from the field that led to a new career-high of 37 points. On Saturday, the final score was 86-74 where the No. 1 Bulldogs beat the No. 5 LongHorns.

The forward also grabbed seven boards and dished out three assists. Plus, he played a huge chunk of the game: thirty-eight minutes. Drew Timme is the leading race for POY, and rightfully so. This season, even in playing two games, is averaging 24/5/1 per game on 66% from the field. Last season he was 19/7/2, improving dramatically in scoring.

His win against Texas was a huge task, as per Timme, “that’s a great team win.”

As Timme, and the Bulldogs, are continuing their dominant run as they are 4-0 against Texas. They take on Alcorn State tomorrow, as Northern CO will be taking on Texas come Wednesday.

For fun, here is what No. 5 Texas posted in their devastating loss:

Jase Febres had 10 points, 4 rebounds, but no assists.

Damian Lillard a no-go for tonight’s game against the Nuggets!
Injuries plague Manny Bates as he is done for the season!