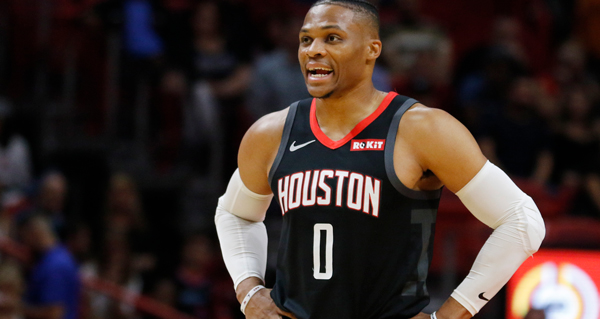 Westbrook returns for Playoff Series Debut! It has been 4 games, but he is finally back. Russell Westbrook, Houston Rockets’ player, is returning in Game 5 against OKC.

Even though he is dealing with a quadricep injury, he has been listed as available. He was expected to move from questionable to available for Game 5.

The Rocket’s head coach, Mike D’Antoni, said he wouldn’t rule out Westbrook for the remainder of the playoff series. Because right now The Rocket’s tied with the Thunder, the Rockets have been lacking these past two games as the Thunder is making an incredible comeback.

It has been reported throughout the season that Russell Westbrook was playing through the injury until he was finally taken out a few weeks ago.

Currently, Westbrook is averaging 27 points, 8 rebounds, and 7 assists on the season.

Thank you for reading today’s article called, “Mavs’ Porzingis to miss the rest of the series VS Clippers!”

Mavs’ Porzingis to miss the rest of the series VS Clippers!
Wizards District Gaming crowned Champs of NBA 2K League!