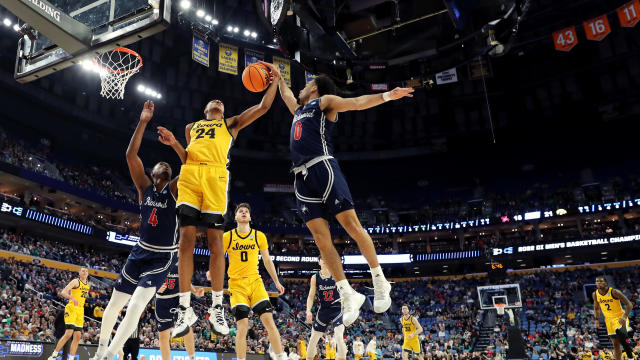 What looked like the easy favorite to win, turned out to be not. Richmond got the win over no. 5 Iowa in something that was sure to be a victory for Richmond. To reach its first NCAA Tournament since 2011, they had to win the Atlantic 10 Tournament.

They did that successfully, however, the fans were speculating an end to that quickly by Iowa. What most likely shocked the fans the most was how close the game truly was, it was never a game that one-sided or ended in the first. No, this game came down to the final seconds of play.

How did the game go down in the end?

With 4.8 seconds remaining in the contest, the Hawkeyes closed the gap with a huge dunk to get it to 65-63. However, the game was soon to be over when Gilyard iced it with two free-throws to seal the deal.

Jacob Gilyard, Tyler Burton, and Nathan Cayo led the way for the Spiders to get a tough win against the Hawkeyes.

The Spiders take on the Friars this Saturday for the second round; time unknown (as of 3:35 PM AZ Time).